The Desk of Gabriel Morton A-Musings

Soldiers are whores the Pimp State lures with false promises of the kind of social standing that would make a streetwalker cry and the kind of cash that would make an escort laugh. The Returned Services League of Australia exists because of that lie and, like so many bottom bitches, in support of it. An organisation that came about to ensure the traumatised 16-year-olds returning from the trenches were given the loaf of stale bread they were promised, its psychological need to demand the respect needed to make that suffering matter ensures The Lie will be fed more teenagers for generations to come. When it’s not doing that, it runs poker-machine riddled clubs to occupy the generations cursed to be born before the existence of actual hobbies.

I’ve enough recent relatives who came back armless, addicted, mad, or some combination of the three that I’ve spent time in a few of said. Mostly harmless affairs that sell beer at a price pensioners can afford and play the cricket on CRTs that would be the envy of every retro gaming community. Some have a green for lawn bowls, a sport so gentle it's able to be played entirely by arthritis and gravity. The Mittagong RSL is an entirely different beast.

It has its own moat. It’s the RSL Queen, the size of a suburban mall and only napping in regional New South Wales so fuck-clusters of boomer dads can mate with it. I’m here after an hour’s drive along its bituminous snail trail through Regional Australia, a form of subspace where a hypnotically repeated wattle fractal scrubs your ego clean of any straws to hold onto as you tumble into a gap in the universe’s source code. I emerge 113km from Sydney and 30 years in the past. My phone is a wristwatch, my money is paper, and a mysterious white golem watches my every move. I’m tired, hungry, and the trees whisper racist opinions every time the wind blows. The Mittagong RSL is now an oasis I desperately need, but of course it wanted it this way.

I support giving apes automatic weapons. I know this is a principle I can maintain as I still feel this way after seeing the insides of the Mittagong RSL. The place is vast and feels like a maze of rejected TARDIS control rooms whose degrading dimensional integrity leaves them bleeding into each other. Seating and service areas are placed throughout like pinball bumpers if the goal of pinball was to watch a silver ball get battered about a flat surface for all eternity. Walking through it is like being in a Galton Board designed to induce suicides. Each strip of negative space looks like it could be a potential queueing point only for it to wind around itself and three other possible queues just to leave you at what might be where you started had the journey not left you with permanent brain damage.

Everything in the building is designed to disrupt but not completely obscure your line of sight. Spaced brown metal dividers twisted into wrought iron vulvae and chainmail surrounding the group seating combine into the kind of brown/gold nightmare that synesthetes see if you play them the audio of Hulk Hogan’s sex tape. A sickly red hue, the kind with the faint purple hint you only see in horror movies that use real animal guts, is cast over everything by the maroon carpet and its tasteful gold inlay. When you unfocus your eyes, it’s the biomechanical Steampunk reproductive system Shinya Tsukamoto can never fully remember when he wakes up. If Cthulhu walked in here, he’d walk out a chartered accountant named Greg.

The ordering area technically runs the length of the back wall, and one would be tempted to grab at it like a person about to drown in a submerged cave grabs at a guideline. I tried this, but it’s dotted with staff only points that bounce you back into the drowned maze of bumpers, presumably so divers can harvest your corpse for tomorrow’s roast of the day. But the joke’s on them. Consuming my flesh guarantees I’ll live again, so my heart rate and breathing remain steady in flooded pinball hell; and I jerk off to steampunk reproductive systems, so the most they’re getting out of me is a hardon strumming a light angel’s refrain on the tinkling chainmail. Waving cheerfully at my survival instincts as I pass them, I race through the endless queues and run into a tuckshop lady standing beneath a vast white light. It was time to order.

A tuckshop lady is a halfling made entirely from jowls and neck wattles. Jovial folk, they thrive in irregular hospitality environments like schools and RSLs, are constantly lactating, and have been at war with the dwarves for over a hundred moons. The blinding white light I’d mistaken for final, lasting peace was actually a menu and beneath it stood a tuckshop lady beaming equally as brightly. Given that I was expecting to die, I was not expecting to order and simply blurted out the first words that my now dual-pupiled eyes could focus on, “roast of the day”.

The thing about these dining labyrinths is that there’s an awkward moment where you don’t know how the food is going to get to you. There being any time between the order and the meal arriving creates a probability eddy in the labyrinth’s multi-dimensional design, meaning the order could arrive at your table having evolved enough to successfully petition for its own survival. Most places give you a Pub Amulet that will vibrate with arcane magic when your food is ready. You get up and swap the amulet for the food and neither of you run the risk of having your morphogenetic field edited by stray planes of existence.

The tuckshop lady assures me that the food will come to me. Just leave the amulet on the table and the food will come to me. I haven’t spoken Tuckspeak in years, so I’m getting her to reassure me several times that this will all work out fine. I head to my table, place the amulet on it, and wait. About ten minutes later, the same tuckshop lady clomps over in a fuss and says that our amulets haven’t been placed on the right part of the table because someone decided that using the pucks with NFC receivers in specific parts of the tables was an idea that a 55-year-old lady could easily explain. Why this job wasn’t given to one of the abundant 20-year-old employees was not immediately obvious, though the frightened look in their eyes and the fact that there were no employees between the ages of 20 and 50 suggested they’d seen the kind of harrowing apocalypse one could only survive from within an EVA unit.

Whatever. I assume consuming entire generations is just what a Queen RSL does from time to time and set to eat the roast pork that was being waved threateningly at me by a wattle cluster only moments ago.

Part of life is managing expectations. A task hampered by everything about the Mittagong RSL’s atypical causality. Normally, I’d have gone for a pizza or burger or something that, even if done poorly, can make for the kind of fun greasy abomination I can at least feel good about surviving. I’d ordered the roast because I was at the tail end of a dizzying journey through various loops and tubes like a Sonic stage called Burgundy Racism Zone. I never get the roasts because this is Spirit Food served only to free-roaming vapours, immigrant yōkai, and National Party members. It has flavour the same way a poltergeist has physical presence and if you eat too much you become cursed to wear shirts that violently express an insanely specific opinion for all eternity. I didn’t expect much.

In many ways, it was a fairly standard pub lunch. The meat was the kind of pork that tastes like it’s the cannibal market’s equivalent of vegan bacon. The peas were too green and too flavoursome, so I ate them all, comfortable in the knowledge that a tiny Mittagong RSL was going to burst from my chest in a day or two. The gravy was thick, grey-brown, and tasted so much like the Auto-Nourishment you get in one of the Matrix’s battery pods that I licked up every drop. And then there were the potatoes.

Each of the strange, small tubers was a thick hide surrounding a smaller nugget of potato meat that had somehow separated from its leathery skin. The result was effectively a starch testicle in a mummified sack that I think only tasted like a potato because my brain was psychically powerful enough to imprint it on the absolutely nothing that was actually there.

I have no idea how one could fuck up a potato in this manner. This was either the kind of accident that the believers ascribe to a god or the kind of performance art doomed to remain a rumour. But the only gods here are the forgotten ones, as powerless and endless as the games of Keno flashing on every third screen; and art is the first thing stripped for nourishment by the Mittagong RSL’s vicious gut fauna, so I’m at loss. It has the texture of a pillowcase around a ball of mozzarella, and I have never been able to chew through a pillowcase so I swallow the mangled things as whole as a potesticle can be.

I washed it down with an admirably competent soda, lime, and bitters, while talking with a Steppe god of Cartwheels about an old episode of Friends.

The concept of Australia sprung into being around a century ago and since then the lumbering beast has tried to cobble together a cultural identity in the same way Frankenstein’s grad students attempt to recreate his work. Electrifying meat puzzles won’t generate a national identity, and the twitching placenta of this hubris is the Australian pub lunch. They’re seldom awful, but every time you have one, you’ll end up eyeing your friend’s chicken parmigiana and given that’s a slab of chicken with a ham hat fused to it with a gallon of melted cheese, that says what needs to be said.

But this place isn’t for me, and it isn’t for you. It has a membership of found souls who have made this place the way they like it. What, to me, is a Mobius braid of twisting paths and ruptured mechaflesh sex organs probably makes perfect sense to a being with cataracts in 4 of their eyes. The Mittagong RSL is the unfathomable poetry of an alien intelligence being crudely translated for human readers. It’s loading a save in a completely different game and playing the results. It’s life, but not as we know it. 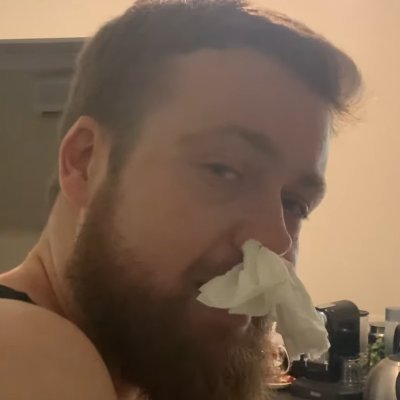 A slapdash attempt at the slipshod || World's foremost The Simpsons understander.