Chapter 1: The start of the journey

Hi, my name is Amber and this is going to be my diary series on life and being transgender. While my egg mostly begin cracking in 2001 I’m not going to talk about the moments that were fairly obvious looking back now but rather the journey i started this year.

In February this year I really started exploring my self and what it meant to be me, it was subconscious at first but it quickly grew into something I couldn’t deny.

As far as I know it first happened when I was steaming on twitch. Twitch has been up and down over the years, I found great success in Pokémon content but that dropped off quickly with covid. I went back to being unhappy, I hated how I looked on stream with a boring looking resting face and I just felt I wasn’t fun to watch. I tried using vtube filters to get around the anxiety of seeing myself on a daily basis but it all came to a head when I installed snap camera. Snap camera lets you put snap chat filters over your camera on a desktop pc. When I switched to a vintage filter it saw me as a 60s style pinup girl. The door swung wide open.

I made the decision to start identifying as a woman on stream and messaged my friends and told them I had the intention of buying breast molds. Totally cis of me, I know :p

There was something totally freeing about this. I wore some of my partners clothes and used the filter and starting streaming a lot just to live in that world. Some people were shocked, some excited. The reactions were very mixed and I remember a lot of my peers would come into my stream, not saying anything of course but just to look at what I was doing. This hurt. I’ve been streaming a long time and seeing names of people I know come just to gawk at me felt awful. However this didn’t stop me, nothing could undo the feelings I felt and I didn’t want to go back. I ordered some femme clothes and shoes and checked the shipping info everyday. The people who supported me mainly on stream asked if I had thought of any names to use for when I was in femme form. The name Amber came to me straight away, it was perfect. It was me. I had come out as non-binary as a stepping stone whilst I came to terms with my feelings and who I was. As my bestie Lou pointed out though I spent 99% of my time being very feminine.

The hardest part of all this was my relationship though. I wasn’t honest with my partner and it was really hurting her. She of course knew about what I was doing and told me that if I ever did this outside of streaming it would likely be the end of us. Things got really hard. She wasn’t vindictive or malicious and was so supportive of me. Buying me my first set of nails and femme outfits. I couldn’t have asked for a more supportive environment. Our relationship was really suffering though, I ended up sleeping in my office instead of the same bed and a rift was steadily growing between us. I eventually moved back into the bed but after a few days she told me it wasn’t the same. She is not gay, she saw me completely as a woman and just didn’t have that same attraction she once did. We were best friends living together, not lovers.

She cried and felt awful, I didn’t cry at the time. I was the strong one at this point. I understood how she felt and how I felt. It was honestly a great relief as my mind had been tearing itself in two between chasing who I actually was and trying to salvage the best relationship of my life. I later cried and grieved a lot, one thing HRT has allowed is my flow of emotion. Having the wrong hormone profile was blocking my ability to cry and feel a large range of emotions. She asked me what I was going to do and I told her I was going to pursue transitioning. She didn’t seem that shocked and genuinely seemed happy for me. It was around may when I fully came out as transgender. I was a woman, I started voice training and going by Amber full time. It was one of the happiest moments of my life to realise my identity and live how I wanted.

I had been consuming a fairly large amount of information about transitioning, including reading peoples experiences, the effects of feminising hormones and researching deeply about surgeries and even watching footage of the surgeries themselves. I knew this is who I was. I knew this was the path I was supposed to take. I had been born the wrong gender and nothing was going to stop me from becoming the woman I was always supposed to be.

Another huge hurdle and core worry was my financial situation. I had to stop working due to my health, I cannot stand up for multiple hours. I can’t lift much of anything, I am unreliable due to having extreme nerve pain and sciatica. My partner had a generous income that allowed us to survive with my small contributions and I was losing this. She had taken care of me in a lot of my daily life for the past 6ish years as my body got worse.

I have been extremely fortunate in the fact one of my life long friends offered me a place to stay rent free to get on my own feet and stand up for myself. I moved out of the house I was living in with my partner and started living my true life. I quickly moved to change my name legally, I changed both my first and middle name. My old middle name was Lee and there was no way in hell I was going to be called Amber Lee. I am no southern belle.

I made an appointment as soon as I could to see a doctor about medically starting my transition. My appointment was on the 8th of August. I talked to my brilliant doctor and she approved me for HRT instantly, I had to have a blood test and schedule another long appointment to go over the effects and make sure I understand the journey I was taking. 2 and a half weeks later I went back and at the end of my appointment I had a script for both testosterone blockers and oestrogen. The rest of my life started now.

Within a month of taking oestrogen and blockers I felt completely different. Like a veil of Vaseline had been lifted from my eyes. I had clarity, I didn’t feel depressed and wrong all the time. When you have an opposite hormone profile to what your body is actually producing it can be like an unplugged overheating laptop. It’s running, but not well or efficiently. Now my body was getting the correct hormones I was running on a fully efficient processor with max power. I’m not shy about talking about my past, I’ve tried to commit suicide multiple times in my life. There were real moments of actually happiness I had but no matter what I could never be happy. HRT saved my life, if I had continued to live as the wrong gender i would have killed myself eventually. I would have never been happy.

My bestie Lou saw the changes immediately. I had been a really shit friend for a long time but now on HRT I was more compassionate, caring and understanding how my actions would effect her. All my best qualities were amplified and my faults left behind. I am much more animated, self confident, smiling and uplifting.

I have been on HRT for 15 weeks now. This is just the beginning of my story and I’m proud to share it with the world. See you in part 2!

Photo by Lena Balk on Unsplash 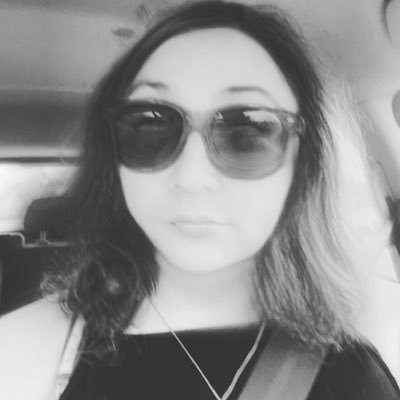 Marge Gets a Job